Long stretches of golden beaches, mysterious wildlife, fragrant tea and magnificent ancient temples come to mind when one thinks of Sri Lanka. If we were to find an adjective, diversity is high on the list. Sri Lanka is well known for its versatile landscapes, rich biodiversity and unique cultures. The country is home to coastline and mountain ranges, leopards and elephants, as well as people with diverse origins that have contributed Indian, Dutch, Portuguese and British elements to their indigenous traditions. 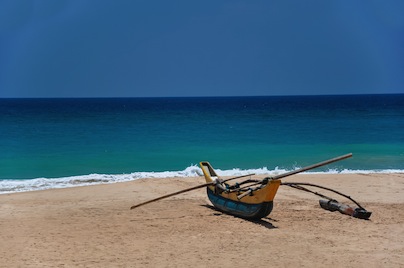 Until recently, the Sri Lankan people suffered a tumultuous history that threatened to destroy this delicate balance of diversity. Beginning in July 1983, a civil war between the government and the Liberation Tigers of Tamil Eelam raged over this beautiful land, with truces signed and broken, ending only when the government declared final victory in May of 2009. An estimated 80,000 to 100,000 people were killed over the course of civil war, including tens of thousands of civilians. Tension between Sinhalese and Tamils was high. The economic cost amounted to USD$200 billion, resulting in great challenges as Sri Lanka worked to restore its shattered industries.

The majority of the damage was done to the north and east of the country, where most of the battles took place. The east coast, with its stunning beaches and lagoons, was hit especially hard both with the prolonged conflict and the devastating Asian tsunami of 2004. It was crucial that all social and ethnic groups work together to restore peace in this area and rebuild the economy. Yet how?

Tourism offered a tentative solution. For post-conflict countries, tourism development is an important way to bring in foreign currency, speed up the construction of infrastructure and encourage environmental protection. It helps to empower and protect vulnerable populations as ecotourism and community-based tourism works to engage these groups, offering them a fundamental role in the system. Tourism is also a service industry that cuts across multiple sections. People of different professions increase their cooperation, including those that may have been previously marginalized. An emphasis on tourism has been a proven strategy in other post-conflict countries in the world, including Guatemala, Rwanda, Colombia, Jordan and Palestine. Tourism has provided these countries with economic opportunities, reconciliation and cooperation between communities, and as a result—helped to reduce the likelihood for some conflict revivals.

Could tourism work the same magic on Sri Lanka? Over the past 6 years it has been an important component to their economic growth, with tangible changes to date. Before the sharp slump due to the civil war, tourism has always been a major source of revenue for Sri Lanka. After peace was declared, the government placed tourism as the top priority in rebuilding the Sri Lanka’s economy. In 2014, international tourist arrivals increased to over 1.5 million people, and are projected to rise in the coming years. A number of international development agencies have also prioritized the development needs of Sri Lanka—including the United States Agency for International Development (USAID), World Bank and International Finance Corporation (IFC) with projects and investments in Sri Lanka focused on sustainable tourism development and SME development. 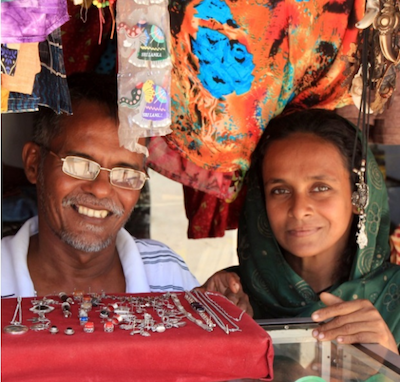 In 2011, Solimar International began work on the ground through the USAID-funded Sri Lanka Biz Plus project with the goal to foster tourism growth and promote stability through grants and technical assistance to local SMEs. In particular, Solimar assisted emerging enterprises to connect with each other and package travel experiences in the Arugam Bay and Batticoloa/Passekudah regions of Eastern Sri Lanka. Solimar helped form business alliances between tour operators, hotels and local communities. Through facilitated workshops, once-hostile social and ethnic groups convened to develop strategies for growing and rebuilding the tourism industry. Solimar trained operators on sustainable tourism best practices, and included indigenous residents in the tourism value chain through handicraft and local product sales in local hotels and the development of routes with more cultural experiences in local communities.

Solimar also worked with the National Geographic Society to implement a Geotourism program to promote Eastern Sri Lanka as a destination and to showcase the positive changes taking place in the region. The Eastern Sri Lankan Geotourism Program produced a National Geographic branded website with an online map (http://easternsrilanka.natgeotourism.com), offering destination information that identifies natural, cultural, and historic attractions that define Eastern Sri Lanka. Information on the site was produced from the stories and nominations of local residents who identified the businesses and attractions that make their particular destination in Sri Lanka special.

As stated by Mr. Goonetilleke, the chairman of the Sri Lanka Tourism Development Board, "What we believe is tourism done correctly serves the communities, all communities — Buddhist, Hindu, Muslim, Christian — and everyone benefits.”  Our experience in Sri Lanka has shown that through tourism we can create a virtuous cycle of economic growth, inter-group communication and cooperation, improvement of economic opportunities for all people, and the overall strengthening of civil society. As Sri Lanka’s economy continues to grow and local benefits increase, we hope that cooperation, communication and peace will continue to prevail in this beautiful country. 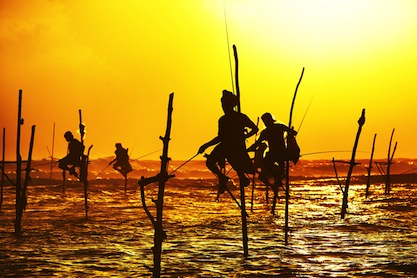