To improve TB case detection, diagnosis and treatment in countries with high TB burdens, Initiatives assists national Ministries of Health in improving their planning and coordination for greater public- and private-sector engagement in TB control.

Drawing on its skills and experience in health system strengthening, organizational development and human resources for health management, Initiatives provides expert consulting and facilitation services to help countries develop multi-year, costed, public-private mix action plans. USAID and WHO have consolidated their processes and tools into a resource guide to assist additional countries in developing plans.[1]

Though both preventable and curable, TB is among the top 10 leading causes of death worldwide and the leading cause of death from an infectious disease.  In 2015 alone, there were an estimated 10.4 million new cases of TB and 1.8 million deaths due to TB. Despite gains in TB case detection, care and treatment, more than 4 million TB cases went undetected or unreported in 2015. Gaps in TB case detection are especially acute in countries with a high incidence of TB and large, diverse, private health sectors. For example, an estimated 68 percent of TB cases go undetected in Indonesia, 41 percent in India and 83 percent in Nigeria. Increasing private-sector engagement in TB control is essential if countries are to bridge the gap and eradicate the disease.. 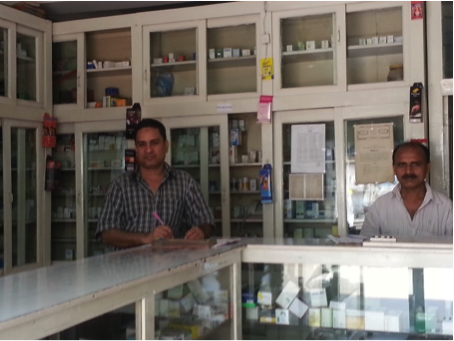 PPM initiatives aim to improve TB case detection, treatment and care through the engagement of private- and multi-sectoral public providers in TB control. PPM providers may include private general practitioners and hospitals, faith-based and non-governmental organization facilities or services, private laboratories, prison health services or ministries of labor. They also may include non-qualified medical providers, drug sellers, and pharmacists, all of whom are frequently the first point of care for many people.

Broad PPM objectives are typically outlined in National TB Strategic Plans, which frequently do not elaborate on details pertaining to priority PPM models or establish indicators and targets for PPM expansion. PPM action plan development provides an opportunity for National TB Control Programs to work with their stakeholders to prioritize PPM models, identify clear targets, define key PPM interventions and activities and analyze the financial and human resources requirements to carry out the plan. Action plans thus enable countries to better define and monitor PPM expansion, while providing estimates of their resource needs.  Action plans often promote cooperation between and among health care agencies, donors and partners to obtain and strategically allocate resources.

In Bangladesh, where TB services have been brought to scale in public facilities, 29 percent of all TB cases were identified by PPM providers in 2015. Still, 47 percent of cases went undetected and no clear targets for engagement for PPM providers had been defined. Through a phased participatory planning process, Initiatives supported the USAID-funded Challenge TB project.

That effort was led by KNCV and implemented in Bangladesh by MSH, to help NTP and stakeholders develop a PPM Strategic Action Plan. Through this process, NTP and its stakeholders prioritized expanded engagement of private medical doctors, by setting targets to increase the number of medical college hospitals providing TB services linked to NTP.  That effort increased coverage from 37 percent to 78 percent, individual graduate practitioners from 49 percent to 82 percent and relevant professional associations from 17 percent to a remarkable 100 percent. The plan also sets targets for increasing the engagement of informal practitioners ten-fold from four to 40,000 and expanding workplace programs to cover more than 1,000 workplaces, from 688. If the objectives of the plan are achieved, the contribution of PPM to TB case detection will increase more than 50 percent, from 82,042 (2015) to an average of 125,700 per annum.

The tools and processes developed by Initatives Inc. guide NTPs and their key stakeholders to develop robust plans. They include frameworks for prioritizing PPM providers and models, 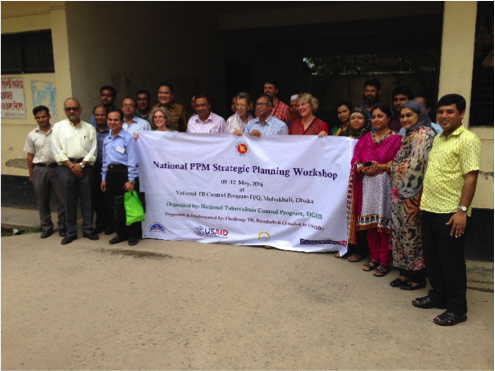 They also include processes for establishing clear, shared, strategic objectives and building action plans that fulfil those objectives. Packaged in the new guide compiled by USAID and the World Health Organization, the tools and process are now widely available to NTPs. Over the coming months, Initiatives will continue to support USAID in its efforts to expand PPM and enhance TB control efforts through direct support to other countries. The road to universal access to TB control starts with clear objectives, robust actionable plans and ambitious but achievable targets. Initiatives is proud to contribute to this aim.

[1] WHO. 2017. Guide to Develop a National Action Plan on Public-Private Mix for Tuberculosis Control. WHO Geneva.