Timber trafficking in Peru is depleting the natural resource wealth of one of the world’s most bio-diverse countries. Endangered species, such as Spanish cedar and big leaf mahogany, are valuable commodities in the global market. 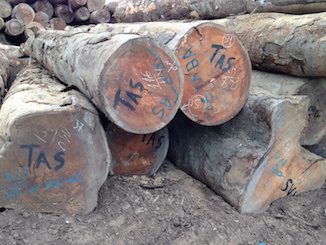 Because of this, roughly 1,100 square miles of Peru's forests are cut down every year—around 80% illegally.[1] Illegal timber logging not only destroys forests and endangers indigenous communities, but also robs the country of precious revenues that could be invested to improve the social and economic welfare of Peruvians.

SBAIC member Synergy International Systems, Inc. was engaged by the US Agency for International Development (USAID)’s Peru Bosques project to develop a chain-of-custody information system for the Peruvian government in its fight again illegal logging. The system, known as the Control Module of the National Information System for Forestry and Wildlife (or by its Spanish acronym MC-SNIFFS), will track timber from the point of harvest through transportation, transformation, and export. It will allow the Ministry of Agriculture’s National Forest and Wildlife Service (SERFOR), concessionaires, and sawmills to monitor the flow of timber through an automated online system, thereby reducing the risk of irregularities associated with the current paper-based system.

The Peruvian government is currently undertaking a major reform of its forest governance in response to demands by indigenous peoples, NGOs, the private sector, and regional and local governments. Forest governance became an increasingly salient national issue following violent social unrest in 2009. 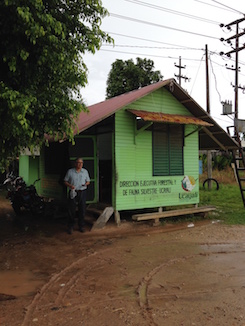 Since then, Peru has enacted a new Forestry and Wildlife Law, created new government agencies, and instituted an integrated national framework that includes all stakeholders involved in forest management at the national, regional, and local levels. Moreover, the government has officially pledged to achieve zero net deforestation by 2021.

But Peru’s reform agenda is also significantly shaped by its strategic trade relationship with the US. The US ranks as Peru’s second largest export market. Unfortunately, the US is also one of the primary destination markets for illegally harvested Peruvian wood. In 2008, the US Congress amended the Lacey Act of 1900, a conservation law that prohibits trade in illegal wildlife, to include a ban on illegally sourced wood products such as timber. As a result, deepening trade ties between the two countries catalyzed Peru’s commitment to curbing the illegal timber trade. Indeed, the US–Peru Trade Promotion Agreement (PTPA), entered into force in 2009, contained an unprecedented Forest Sector Governance annex that spurred many of the regulatory and institutional reforms implemented by Peru.

Moreover, the trade agreement explicitly stated the need for Peru to implement a chain of custody system in order to comply with the Convention on International Trade in Endangered Species (CITES), which requires Peru to regulate the flow of endangered species, including mahogany and cedar. In return, the US has committed to helping Peru with innovative tracking technologies. This project, and the MC-SNIFFS in particular, are a direct result of that commitment.

Illegal logging happens because those engaged in this lucrative business can easily break the law and go undetected. The absence of a powerful, fine-grained traceability instrument and real-time, actionable data creates a permissive environment for illicit behavior.

In general, illegal logging occurs primarily in the time between the authorization and execution of a concessionaire’s operating plan. The flow of timber is regulated by transportation permits (GTFs), which contain a list of harvested trees and accompany every shipment, whether from the forest to the sawmill, from the sawmill to a secondary transformation facility, or onward to the port for export. But traffickers can easily forge permits by using legal paperwork to transport illegal harvests. They can do this because, at least until now, there was no way to identify the source of any particular log being transported or delivered except by the paperwork.

Now, with the online system in place, SERFOR officers at checkpoints can access a live database of all operating plans, with their corresponding lists of trees. Although the system does not replace the need for formal visual validation of harvest activities, it makes it very difficult to falsify transportation permits. 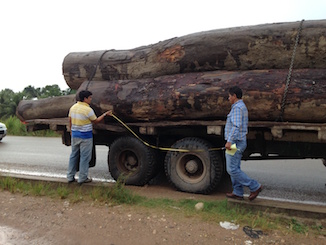 When a truck transporting logs arrives at a checkpoint, SERFOR can cross-check what is on the truck with what is in the transportation permit and in the live database.

To develop such a sophisticated system, it is necessary to ensure extensive and effective stakeholder engagement. The Peru Bosques and Synergy teams worked closely with Peruvian government stakeholders throughout the project to make sure that their inputs drove the development of the system. To that end, the project conducted needs analysis missions, monthly workshops for regional governments, user acceptance testing events for SERFOR, and in-depth trainings of SERFOR staff and regional authorities responsible for implementing the system.

With the first phase of the project completed, the government now has an online system that handles the entire process of granting, renewing, and terminating concession contracts, and of approving operating plans, with lists of each tree to be harvested. It also covers the maintenance of harvest activities through logbooks of timber in the forest and sawmills, as well as the chain-of-custody component covering the issuance and validation of transportation permits.

The second phase of the project is now underway and includes the addition of new features, including a robust geographic information system (GIS), reporting tools, a trade/export component, and an offline version for checkpoints without reliable Internet access. Synergy will deliver the expanded version in October 2016. In the meantime, the project continues to train government users who will operate the pilot system on a daily basis.

Although MC-SNIFFS has yet to be fully launched, the project is already helping enhance Peru’s forest governance. Through various workshops and trainings, SERFOR and the decentralized Regional Forestry Authorities have collaborated to harmonize procedures with national regulations and agree on reporting templates and workflows.

The potential benefits of MC-SNIFFS are clear and compelling. They include greater oversight, better detection, and greater impediments to illegal logging. The system will provide real-time data so that supervisory bodies can detect irregularities and take action in a timely manner. It will ensure environmentally sustainable economic growth by enforcing government-established quotas. And it can increase government revenues by bringing timber companies into the formal economy. 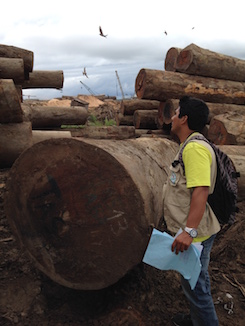 To gauge the potential economic benefits that Peru can derive from the system, consider the following. Peru’s total forest coverage (69 million hectares) is more than four times that of Chile (17 million hectares). Yet in 2015 Chile’s reported annual exports exceeded $6 billion, [2] whereas Peru’s were a fraction of that, at $151 million.[3] It is therefore realistic to predict that Peru’s formal economy can grow substantially if the government can properly enforce existing timber regulations and curb illicit logging.

But these benefits are by no means guaranteed. The future of MC-SNIFFS is in the hands of the Peruvian government, and a great deal of political will and implementation grit will be necessary to put the system to use. It remains to be seen whether an innovative chain-of-custody system can help break the chain of illegal activity on the frontlines of Peru’s timber trade.

Disclosure: The contents of this document are the sole responsibility of the authors and do not necessarily reflect the views of USAID or the United States Government.