In March 2017, GeoPoll conducted a text messaging campaign to 37,000 should-be Liberian taxpayers in advance of the upcoming tax deadline. The campaign provided information, including the payment deadline and a phone number for the taxpayer support call center, in order to promote awareness, education, and compliance with tax payments. As a result of this campaign, the call center—which typically receives five to eight inquiries per month—reported 189 calls in March, with questions on how to file, make payments and avoid penalties.

The campaign effort is a part of the 2016-2021 USAID/Liberia Revenue Generation for Growth and Governance (RG3) project led by implementing partner DAI.  RG3 supports the Government of Liberia in addressing the challenges of improving its tax collection system and improving a sense of accountability among taxpayers. 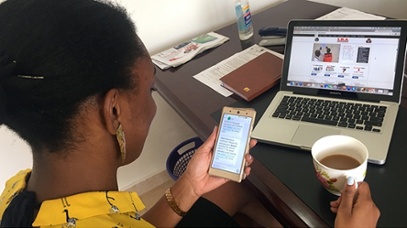 the barriers to taxpayer registration, identify entry points to mitigate or eliminate such barriers, and measure impact – as a result of project interventions.

GeoPoll leverages the mobile phone to rapidly and cost-effectively target the Liberian taxpayer population, by conducting remote data collection and distributing specific information to relevant constituents. GeoPoll will continue to conduct one-way messaging campaigns over the life of project, supporting the LRA in its outreach efforts to improve the efficiency and transparency of revenue administration.

GeoPoll’s support in Liberia builds off its Ebola-related work in which one-way messaging and mobile surveying informed citizens about the epidemic, enabled them to report issues, and provided humanitarian and health officials with critical information to make life-saving decisions in real time. During the epidemic, GeoPoll reached more than 100,000 individuals across Liberia. Our success in the region, and through that work, is providing the foundation for GeoPoll’s application in other governance areas that require dynamic information and engagement with citizens.